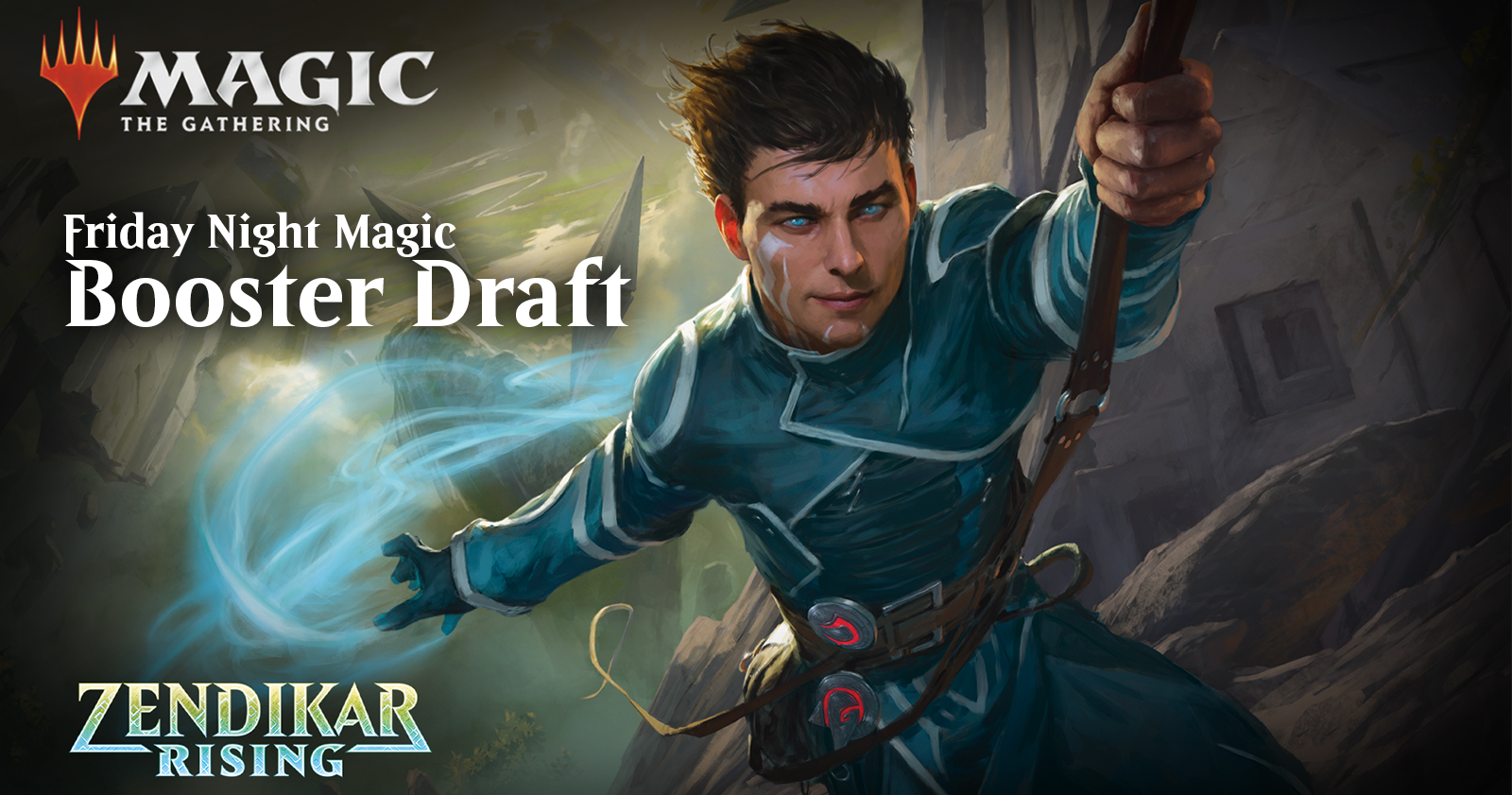 Join our Friday Night Magic Booster Draft! Join the community on this special day, we have a diverse community from different backgrounds, whether they are students or working class. We share one love and that is for Magic The Gathering.

Each player will be receiving 3 Booster Packs of the set once they have arrived and confirmed their registration. You will be then seated to a certain chair number and will start the drafting process 5-10 minutes after the event starts.

Build your deck of 40 cards and get ready to play some awesome games with your friends. This will be 3 rounds Swiss mode.

New to the format?

Don't worry, we will help you get down the basics and help you build up your deck if you need it.

Please ensure you bring your own Gloves and Face Mask.

Temperatures will be taken before admission. See less

We like everybody to walk away with something, as we always encourage a good time in a laird back & casual environment. 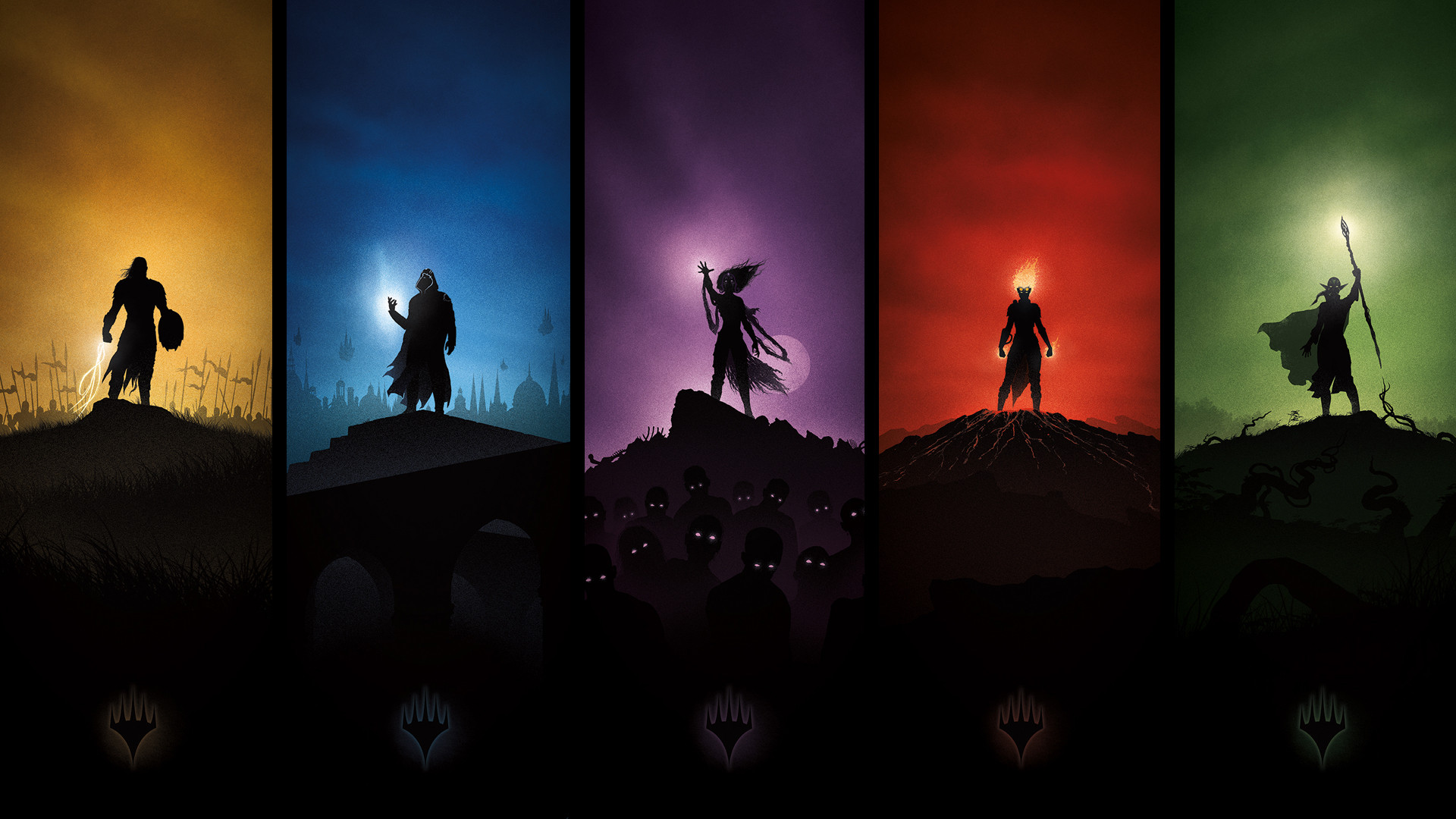 Join us for a four week long Magic: the Gathering Commander League! You’ll be able to switch up your deck, play games whenever works for you, and compete with others for the honor of being the Top Commander!

Structure: Players can play Commander League games against others in the league whenever they wish, although there is a bonus for playing on our Casual Wednesday MTG day. Games can be from 3 to 8 players. When the players play they should grab a match result slip, and submit it to the staff when it is done, with everyone’s points on it.

Each player will earn and lose points based on how well they did, and if they had to resort to foolishness to win the match. At the end of the league players will earn prizes for both having the most overall points, but also for specific accomplishments.

Each player can play up to 5 League Games a Week.

Players earn the following points for their performance in matches:

[+2] Points for playing at least one match on a Thursday.

[+1] Eliminating an opponent by attacking with commander

[+1] Save another player from elimination

[-1] Conceding before the end of the game.

[-1] Going in an infinite loop

[-2] Eliminate a player before their 3rd turn

[+5] Bounty Hunter: Eliminate the Planeswalker in a game.

Prizes will be awarded as well for the top players by the end of the league holding the titles. and there are ongoing prize support for players winning in their pod.

These Prizes are given once per week per player and are refreshed every week.

- Win your first games for the week

- Win a promo pack at random when losing in a pod.

The Bounty Hunter - Most Planeswalker  Eliminated

The Top Commander: - Most points earned in the league.

1x Hero's of Dominaria Board Game.

Each week Fahad will post the current standings on Wednesday Night, including everyone's totals for each of the categories. 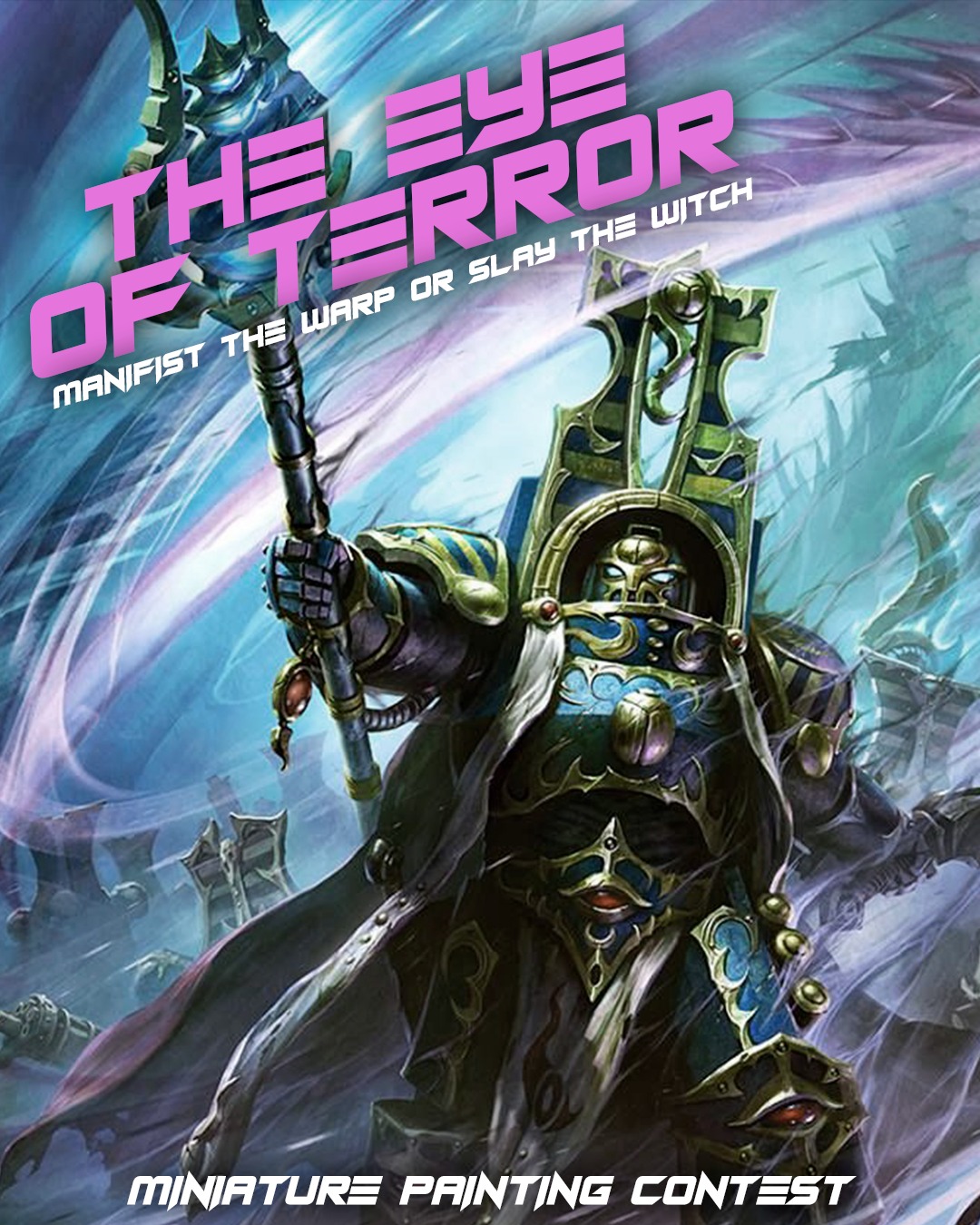 The Eye of Terror is a realm of madness and despair, where skies weep blood, ancient stars burn in multi-coloured flares and the whims of the Dark Gods of Chaos hold sway. Synonymous with discord, terror, ancient secrets and insanity, no other place in the galaxy fills the mind with such dread and foreboding.

The theme for this month focuses on Magic users & the witch hunters that despise them. They play a big role for some factions giving them buffs and damaging your opponent's army. But there are those who find it heresy to use powers and those who believe it is nothing but a weak trick and that they should be burned on the pillar.

Focus your design and painting skills on creating the Psyker or Anti Psyker and have the public vote for the best!

Since this is a month long event, make sure to mark your calendars for the last day.

For this theme's prize, we will be giving out to first place a Box of the Warhammer New 9th Edition Recruit Starter Box